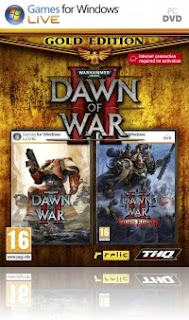 Massive cool painting project fel on my lap the other day...  Old friend who works for PAN vision Finland contacted me. He told me there´s going to be Warhammer 40 000 related competition (or a draw) in Game Reactor-game magazine , in honour of upcoming Dawn of War II - the Retribution..!

The "competition" is held in four countries... Finland, Sweden, Norway and Denmark.  And the price is going to be (this is where I come in) five fully assembled and (master class :) painted Terminators!!! The chapter is going to be Blood Ravens of course... as they are in Dawn of War. I´ve never painted Blood Ravens before, so there´s going to be some research coming up...

Finnish game store Puolenkuun Pelit was kind to come along in the project, and is going to deliver the Terminators, some paints and hobby stuff to get the job done! Humble thanks for that..!

In the meantime... Better go and practice on my own Terminators before the goods arrive. Painting twenty Blood Ravens is gonna be huge job... And I´m gonna try to paint them in best standard I possibly can. There will be lots of WIP pictures from the project of course.

Merry Christmas everybody! And happy New Year... if I don´t have time to write before next year.
Over and Out... 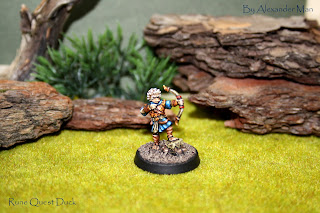 Finished this cool little mini last night... I happen to have one player in our Rune group that plays a Duck (don´t ask me why), so now that I got my hands on this mini, I decided to give it some paint job. 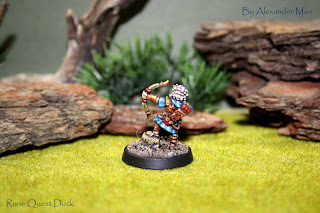 Nothing special to say about the paint job... Just took the high lights a bit further than normally... First I painted the whole mini with base colors and washed it with Devlan Mud. For high lighting I used the same base colors just added white to the base color after every layer. This result is made with three high lighting layers.

I really like this mini... Just don´t know the sculptor, for I bought it from a
acquaintance, and didn´t ask him. Only thing I found online was Duck Adventurer box sold by http://www.trollandtoad.com/p155086.html . It seems to have come out from one of these boxes... 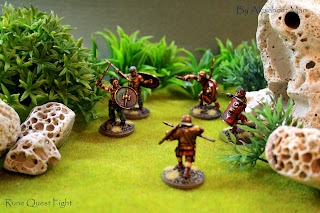 Bonus picture of the week... "Encounter near the river of Cradles" :)  Lunars vs Adventurers