Hello! The unit of Black Guards is finished. I painted some individuals on the side. One Assasin, one Shade and a Witch... Here's the pics! 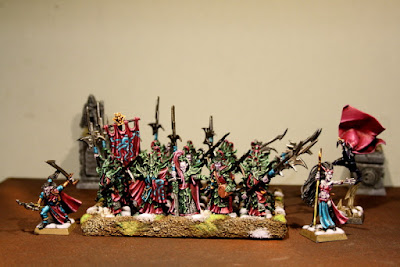 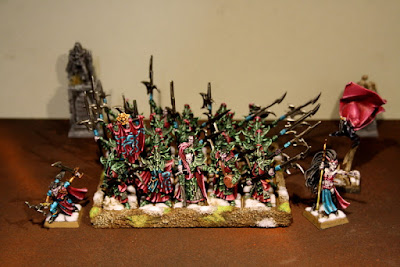 It was a  challenge to make the unit of metal Black Guard rank up nicely... But I made it :) 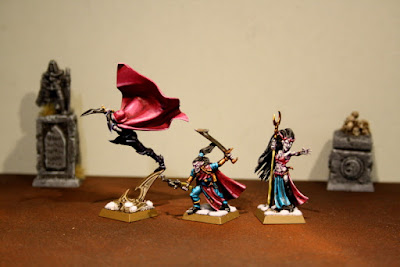 Here's the Assasin, one of the Shades, and the Witch... 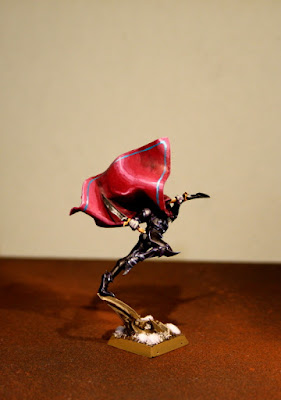 Close up on the Assasins cloak... it came out ok!

Hello  there! It's been awhile since my last posting... Nice to see I still have readers :)

I started this years painting with Fantasy Battle Dark Elves and some Star Wars: Imperial Assault minis. Dark Elf unit is still on the table, almost finished, with some heroes... more of that soon.

But I managed to finish first ten Imperial Assault figures I was asked to paint. My own IA-board game is collecting dust in the cupboard, but maybe inspired by this painting job I'll get my own minis in to paints also... And who knows, Ill begin some gaming too?

But here's some pics of the first ten IA-minis... 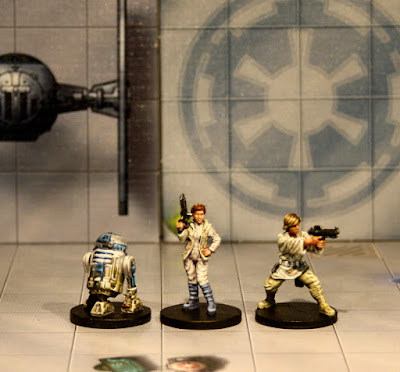 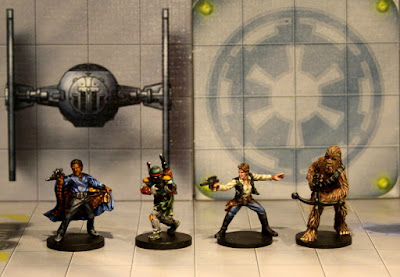 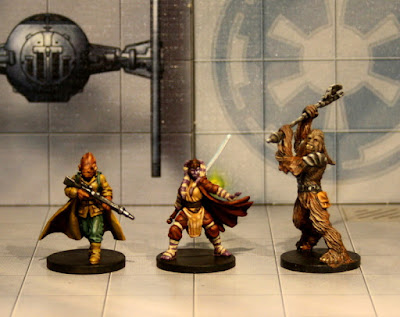 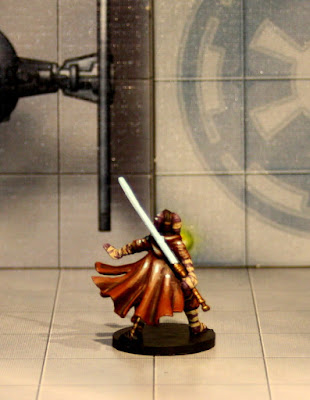 At the back of Diala Passils cloak I made a fast, unrealistic, but nice light effect. Happy about that :)

And there you have it... More of these is coming. But maybe next some Dark Elves. Bye now!
Posted by Alexander Man at 16:40 4 comments: