Spider Riders: First rank done, and how to fast paint a spider

Here's the first rank of my Spider Rider unit. I'm happy with the color choises I made. Unit looks coherent, not too many colors. Spider standard brings some extra tone to the rank. Purple wasn't so bad after all :) 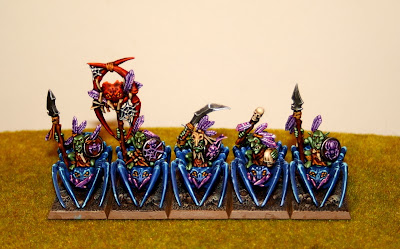 Here's briefly what I did with the unit champ... 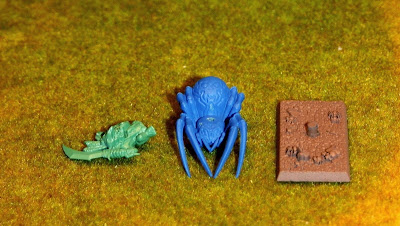 Everything was primed separtely with Army Painters "out of the can" stuff. Goblin Green, Ultramarine Blue, Leather Brown. 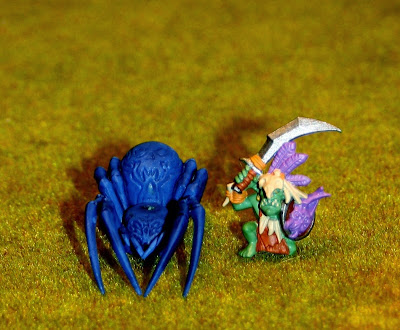 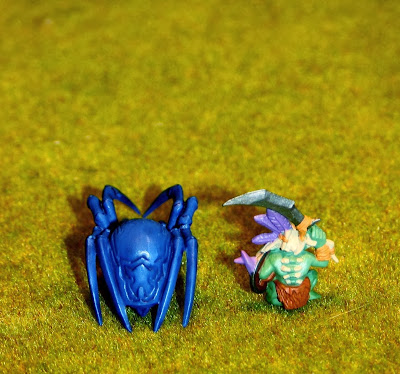 Same champ from the back... just to show the nasty piercings :) 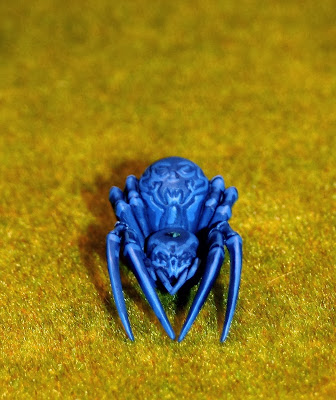 Ok... back with the spider. I gave it a swift layer of Ultramarines Blue. 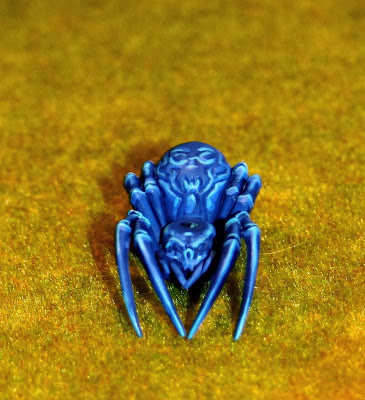 Followed by layer of Lothern Blue. Leaving the Ultramarine layer to show below... 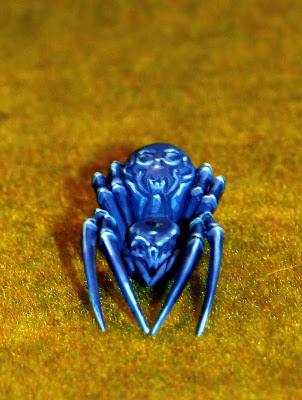 Then I mixed some white to Lothern Blue, to make the final high lights. As you can see, everything was made pretty roughly... (for I still got fifteen of these waiting in the line). Took me little over twenty minutes to put on all the blue parts. It might look Ok from other side of the gaming table :) 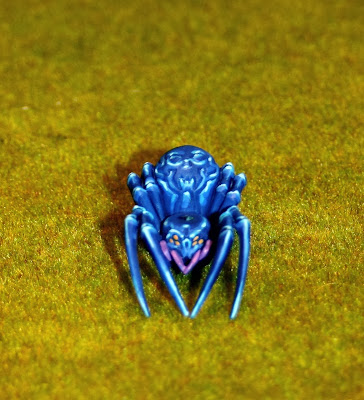 I painted the fangs with Genestealer Purple, and eyes with Averland Sunset. 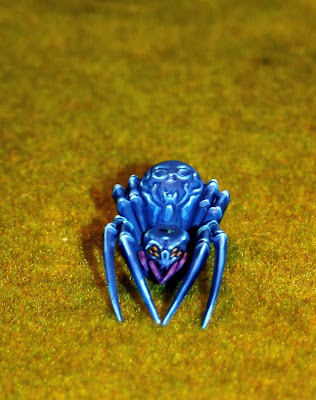 Washed the fangs with Leviathan Purple, and the eyes with Agrax Earthshade 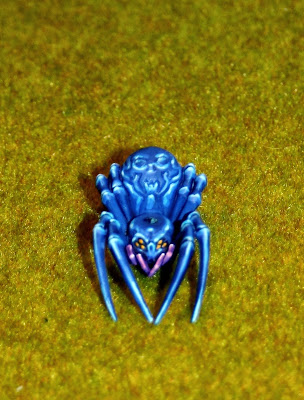 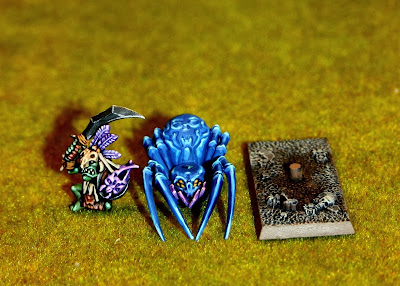 Here's all parts painted. Purple parts on the champ were painted with the same recipe as the spider fangs. Everything else was washed Agrax Earthshade, except the metal parts, where I used Nuln Oil. High lights were made pretty much with base colors, where I added some white for the second layer. Time to put Humpty Dumpty together again... 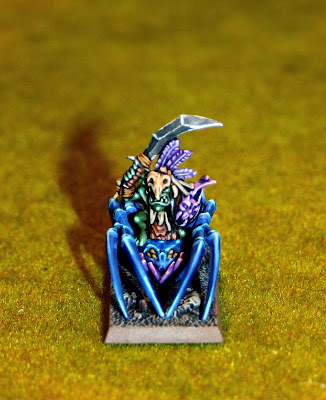 And there you have it. Champ ready for action. More to come soon. Bye now!

Here's one more for the first rank... 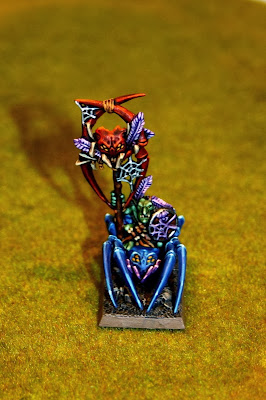 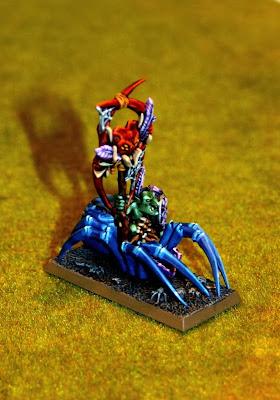 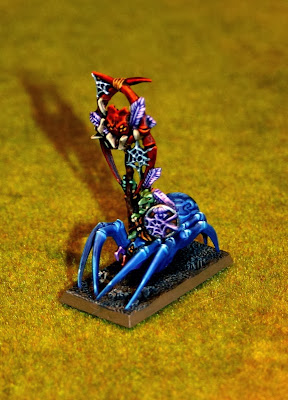 Posted by Alexander Man at 23:12 No comments: