Hi there! Got my box today! I'm very pleased with the minis... and everything else in the box :) I started painting right away, and had to post a quick WIP of my first orc on the painting table! 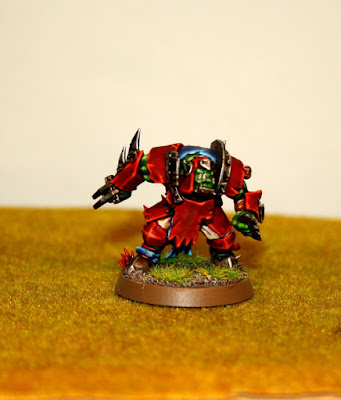 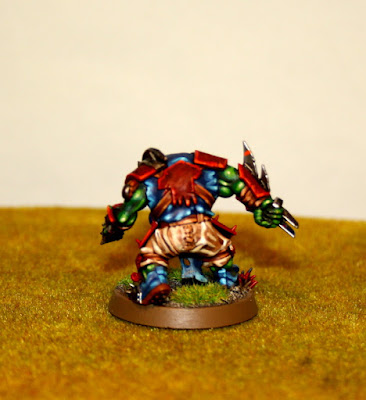 Hi there! Here's something more for the Iron Warriors I've been working on lately. 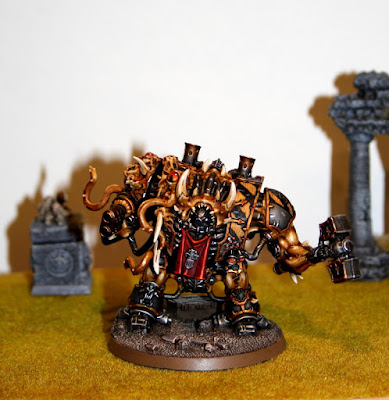 It was really cool mini to paint. All the well converted Nurgle parts were on it before I got my hands around this... So I can only take credit for the paint job :) 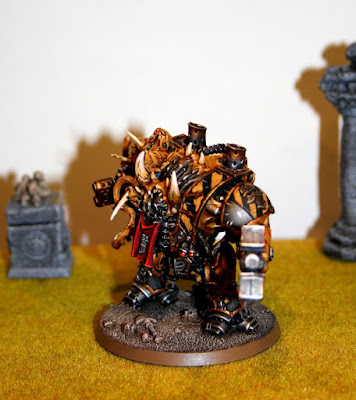 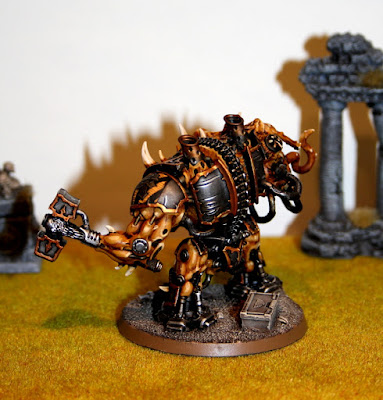 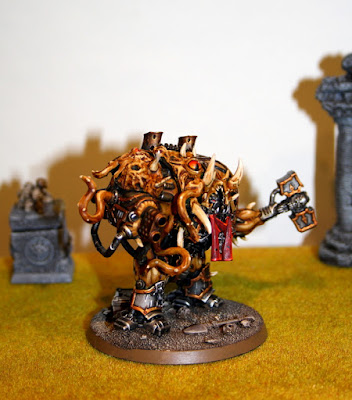 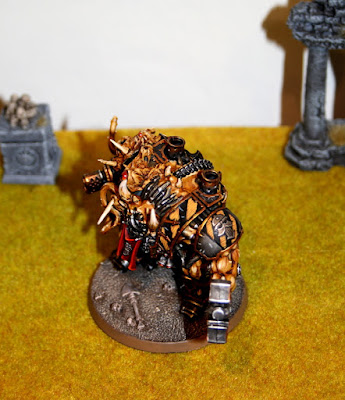 Next some more Blood Bowl stuff... Bye now!
Posted by Alexander Man at 10:31 No comments: 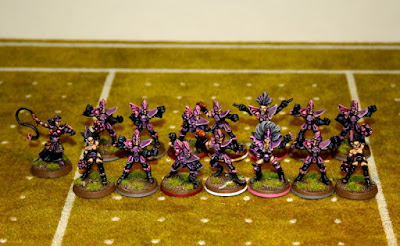 Hello there! A while ago I was asked to paint the classic "Naggaroth Nightmares" box, and some extras... I was excited of the opportunity, to get to work with this really cool team. And it was fun all the way. Color theme was purple and pink, and of course some black leather... :)  Here's the pics. 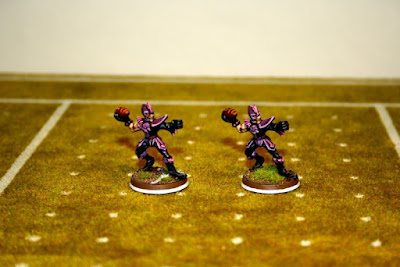 Back Bone of the attacking team... the Throwers. "Long Bomb coming... Go deep!!!" 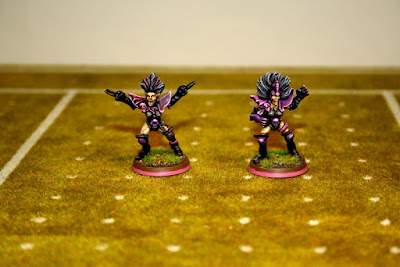 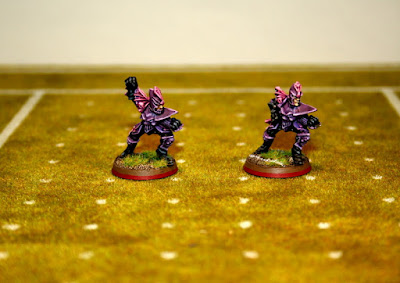 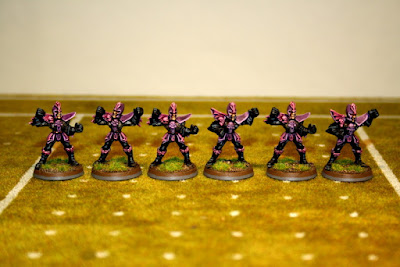 Linemen in a nice line..! 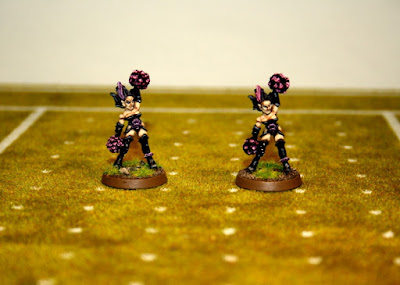 Cheer Leaders keeps your morals up, and lifts the spirit..! 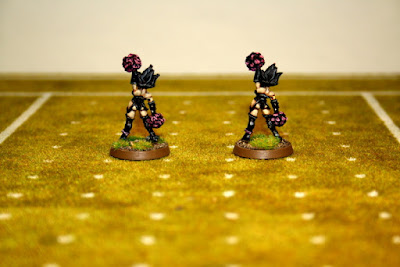 Especially when viewed from behind :) 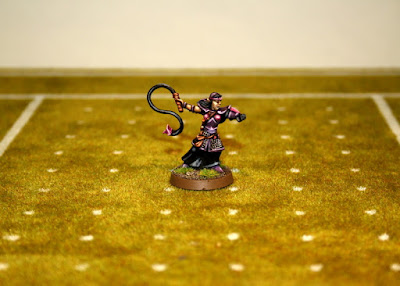 And if that does'nt help, there's all ways a slash from the coaches whip! Keeps you going (for it) for that extra square... 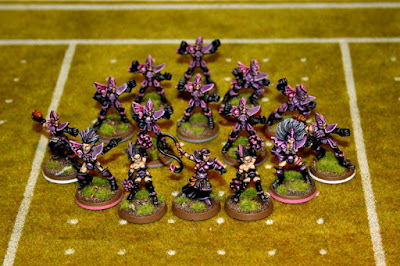 One more group shot! Bye now!
Posted by Alexander Man at 15:05 No comments:

Hello! I got the last bit of the Iron Warriors commission done... The Raptors and one piece of Dark Apostole, to back the army up in the fields of battle. Here's the pics!

It's been awhile since I've been doing any metal minis... It was weird to feel the weight of these big guys... and try to assemble them :) Really nice and beautifully sculpted miniatures... 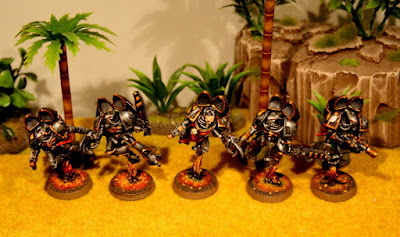 Here's the squad from different angle, to show the bases better... I made a decision to paint the base in the theme of the Raptors, with some glow and sparks from their Jump Packs. They came out Ok! 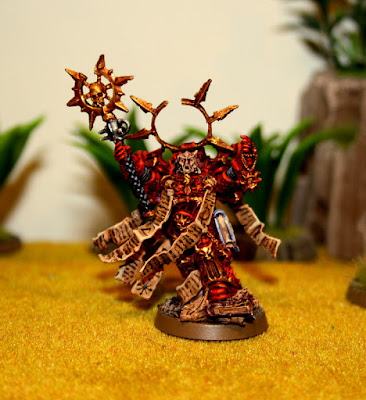 Here's the Dark Apostole. This was my first experience on the "Fine Cast" line of miniatures... and if I have any say in the matter, it was allso the last one. I mean, now I realize what's all the fuzz been about... Cutting this fella out of the sprue was a surgical operation. The material breaks up really easily, and the casting excess was plenty.
After cutting, I did'nt get the pieces stick together with any glue. Finally I succeeded with some Citadel super glue and Army Painters glue activator... And finally... the paint did'nt stick to it. After washing the mini with Fairy, I got it primed with Army Painter Dragon Red. (Phew!)

Well... all ended up Ok. And the result was satisfying... 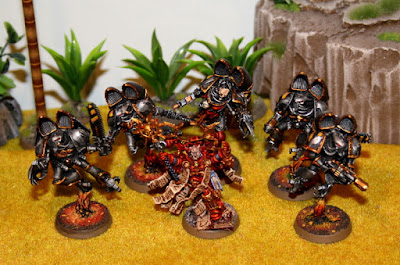 One more group shot... Bye now!
Posted by Alexander Man at 15:59 No comments: