Hello! Here's the last pics of the High Elf Team. Everything's done except the bases... which I was advised to leave as they are. But anyways, here's the pics! 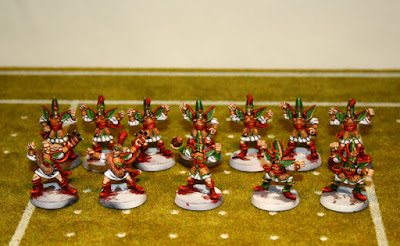 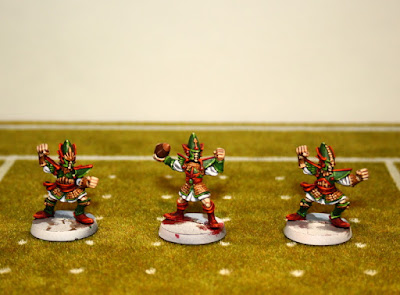 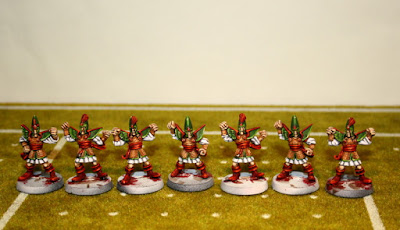 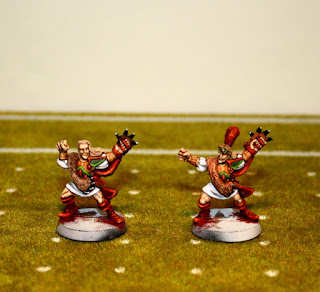 And finally the Lion Warriors! That's all this time folks...

My Alien vs Predator painting job is delayed a bit, so I'm not quite sure what's my next project. I think it has something to do with Ninjas... and Turtles... :)

Bye now!
Posted by Alexander Man at 19:28 No comments: 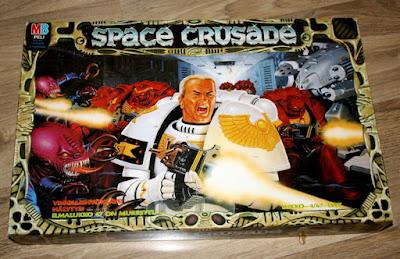 Hi there! Just a quick update this time... I had to post about this treasure that I bought in a very fair price. I've played this last time when it was a new game, in the early 90's :). So it's been awhile... If I only found enough painty time to get all the figures in paints, and play one campaign, that would be awesome! 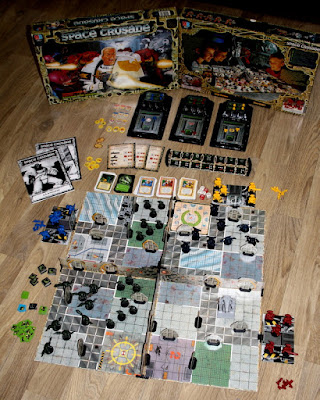 Every bit is in the box... even the extra blank counters! This was a great deal. The game was actually published in Finnish language at the beginning of 90's here in Finland, and this is one of those boxes... I've heard before that the translation is really crappy job, and when I started to read the rule book, I found out it's actually hilarious :D. I have to read the rules in English pdf-file just to understand what the translator is trying to say... Well, I dont mind. I hope to post more about this box soon, maybe in form of painted Space Crusade miniatures... Bye now!
Posted by Alexander Man at 18:09 2 comments:

Hello there! Just a quick posting... I found some painting time for myself, and painted two more High Elf players. Here's the pics... 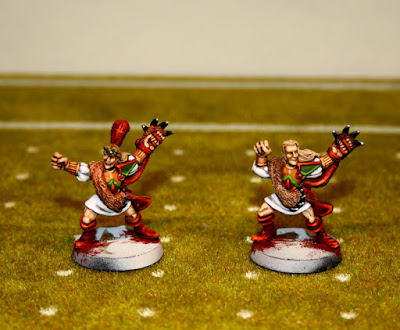 These were also lovely stuff to paint... The sculpting on these catchers is just great. Lots of feeling without too many details. That's how you do it! :) 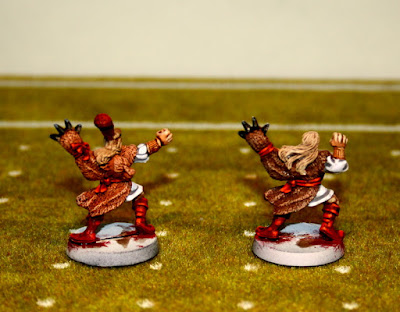 And here's the back... Bases are not gonna be done on this team (not by me anyway). Coach of the team adviced me to leave them undone... So we are not gonna see them in full gaming glory here :(

Well... More to come soon, in the form of the High Elf Dragon Warriors (Blitzers). Bye now!
Posted by Alexander Man at 22:33 1 comment:

And here's the first miniature painted, and first posting of 2017!!! Blood Bowl Thrower in paints... 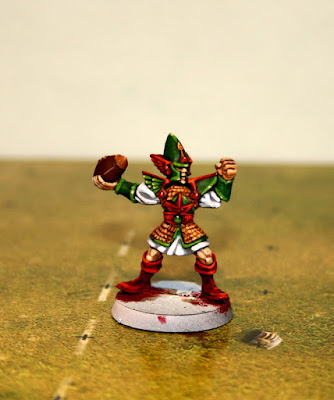 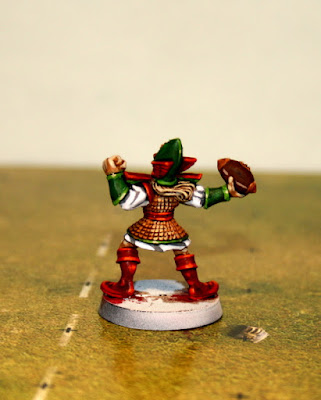