Hi! Here´s another Hero character from our Rune Quest group... Avarik the Red Dog. He´s a Sword of Humakt. He´s a big and mean bastard and phenomenal at swinging he´s great sword. 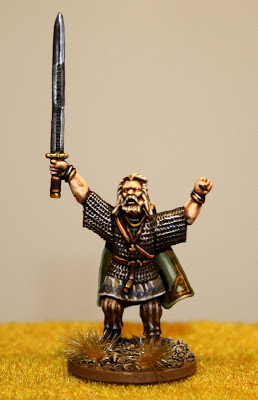 World of Glorantha lives in the Bronze Age, but still the Hero Characters in our group carry alot stuff made of iron. The reason is that Iron exist in Glorantha, but is very rare, and considered as magical metal. Our campaign is very long-lived and the Characters are now veterans of many adventures... and have gathered loads of treasures, including iron items and some ore. 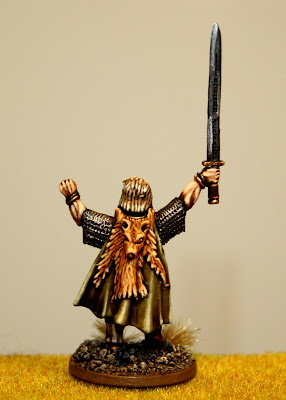 Avarik wears a red dog pelt in he´s back. It used to be he´s pet dog in the game... that became casulty in one adventure long time ago. 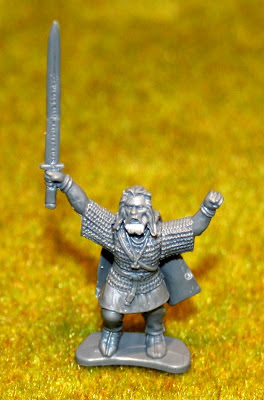 Here´s pic of what I started with. I had to make the "great sword" from two smaller swords... and add some longer hilt. The sculpting on these Gripping Beast Vikings is just great! As I mentioned allready in earlier posting :) 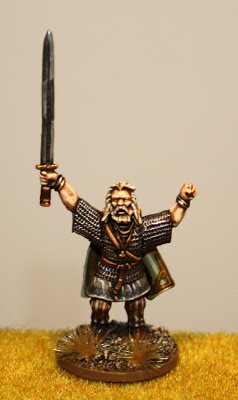 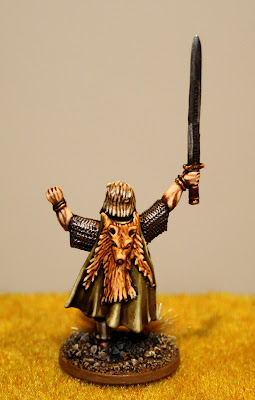 Bye now!
Posted by Alexander Man at 16:44 No comments: