Hello! Quick update to what I did last week before our Descent gaming session. Here´s some pics... 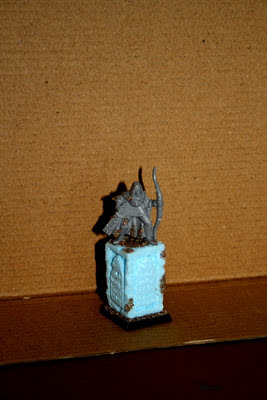 I just had to make few more rubble props quick before our gaming night. So first I went through some old bits and minis... and found this old wood elf, that had an honour to become a statue. Then, back to carving urethane again. I made some writings to the stand by stabbing little dots in to it, and I think it turned out Ok. After that I glued little bit sand in random places. 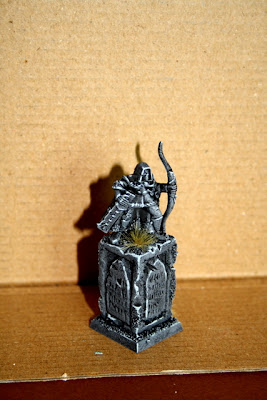 Here it is painted, and some Army painter Dead Grass on it. 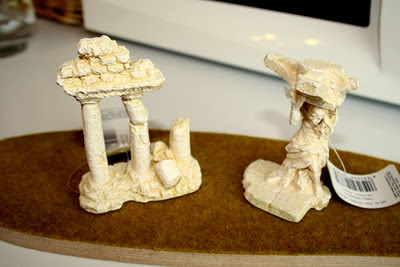 And here´s some stuff I had bought from the local petshop last summer. I think they cost 6€ a piece. Not bad I think... Now it seemed like a good time to make something out of them. 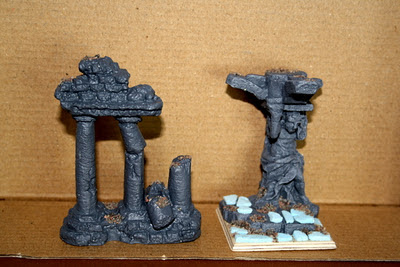 After I gave them the base color, I decided to base the statue and make some floor tiles out of urethane. Sand was also added at this point. 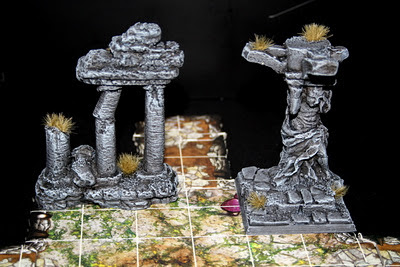 After the high lighting and "grassing" they looked pretty decent (for 6€ a piece). 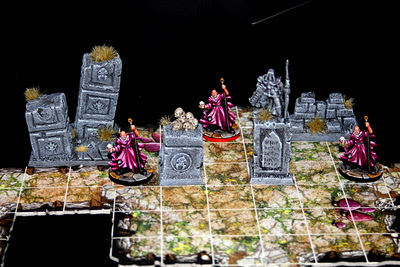 Here´s the other rubble markers "in action". I think the 3D markers really made a difference to the dungeon mood, and they made the action easier to perceive. I recommend this to all dungeon dwellers :) Bye now!
Posted by Alexander Man at 23:57